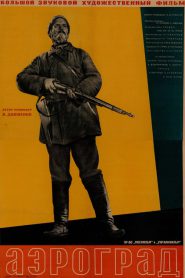 IMDb: 6.1 1935 82 min 2650 views
Aerograd is a 1930s film from influential director, Alexander Dovzhenko. Set in the Far East region of Russia, the movie centers on the struggle ...
DramaFree

IMDb: 6.7 1971 75 min 1991 views
A Necklace for My Beloved (Samkauli satrposatvis) is a 1971 lyrical comedy by legendary Georgian director, Tengiz Abuladze. It is based on the ...
DramaFreeRomance

IMDb: 7.5 1929 65 min 3214 views
The protagonist, a lazy pen-pusher, gets the sack for his bureaucratic idleness, and learns that the way back into the job market depends on ...
ComedyDramaFreeSilent 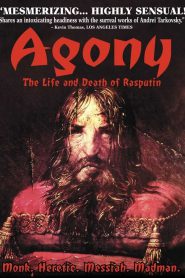 IMDb: 7.0 1981 151 min 9734 views
Agony is a two-part feature film about one of the most notorious personalities in Russian history, Grigory Rasputin. This beautiful and ...
DramaFreeHistory

IMDb: 7.8 1998 180 min 15174 views
Douglas is a foreign entrepreneur, who ventures to Russia in 1885 with dreams of selling a new, experimental steam-driven timber harvester in the ...
ComedyDramaFreeHistoryRomance

IMDb: 8.0 2003 105 min 7916 views
The Return is an exquisite film of mythical proportions by acclaimed director, Andrei Zvyagintsev. It was his debut feature film and is ...
AmazonDramaFreeMysteryThriller

IMDb: 7.4 1960 83 min 7757 views
Lady with the Dog is based on Anton Chekhov’s most famous short story of the same name. Two separate married holidaymakers, Dmitri Gurov and Anna ...
AmazonDramaFreeRomance

IMDb: 7.3 1969 81 min 3619 views
Barbara the Fair with the Silken Hair is another fun family, fantasy film by prolific director, Aleksandr Rou. The film tells the story of Tsar ...
FamilyFantasyFree

IMDb: 7.4 1967 110 min 6616 views
Klavdia Vavilova (Nonna Mordyukova) serves as a political officer – a Commissar – in the Red Army during the Russian Civil War. Her ...
DramaFreeWar

IMDb: 6.5 1964 79 min 5605 views
Father Frost is a traditional Russian fairy tale classic by director, Alexander Rou. The film tells the story of a conceited young man and a ...
ComedyFamilyFantasyFreeRomance 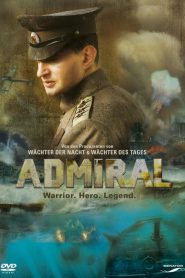 IMDb: 6.8 2008 123 min 15376 views
Admiral (Адмиралъ) is a Russian historical biopic film about the one-time leader of the White Russians, Alexander Kolchak. The film is directed ...
DramaFreeHistoryWar

IMDb: 7.0 1988 128 min 8237 views
Little Vera (Маленькая Вера) is a Russian cult classic that you could call the Soviet Union’s Saturday Night Fever. No, not because of ...
DramaFreeRomance 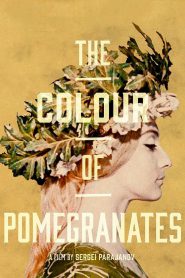 IMDb: 7.7 1969 80 min 15104 views
The Color of Pomegranates is a breathtaking and unforgettable masterpiece by Armenian director, Sergei Parajanov. Ostensibly, the film is a ...
DramaFreeHistory 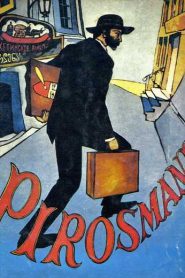 IMDb: 7.7 1969 85 min 4448 views
Pirosmani is a beautiful biographical film about the self-taught Georgian painter, Niko Pirosmani. Pirosmani was the founder of the artistic ...
DramaFree

IMDb: 7.8 1987 89 min 4192 views
Tomorrow Was the War is an exquisite drama about the life of Soviet schoolchildren during the last quiet days before WWII. The film centers ...
DramaFamilyFreeWar

IMDb: 8.0 1967 77 min 3667 views
The Plea is the first movie in Tengiz Abuladze’s trilogy that includes The Wishing Tree and Repentance. The film is a romantic drama based ...
DramaFree

IMDb: 8.0 2006 112 min 7102 views
The Island is an incredibly powerful film that wrestles with the ideas of sin and atonement. In a cold, secluded island in northern Russia, ...
DramaFree

IMDb: 8.1 1983 120 min 14459 views
Nostalgia is a timeless masterpiece of cinema. You can feel Tarkovsky pushing the boundaries of cinema as well as cementing his own unique style ...
DramaFreeRomance

IMDb: 8.4 1987 153 min 6110 views
Repentance is a Georgian film made by the masterful director, Tengiz Abuladze. Its name is მონანიება (Monanieba) in Georgian and Покаяние ...
ComedyDramaFree