IMDb: 4.9 2018 13 min 5509 views
Subject Delta is an interesting short by up-and-coming filmmaker, Ivan Rassadin. In it you’ll find a crisp foray into the murky world of ...
FreeScience FictionShortThriller

IMDb: 6.5 1959 46 min 3626 views
This short film is a stylishly constructed thriller that will appeal to a wide range of viewers. It tells the story of a small Soviet town that ...
DramaFreeShort 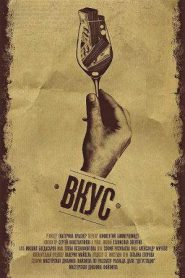 IMDb: 6.6 2015 17 min 3658 views
Misha finally decided to confess his love to Lena. But the girl’s father interrupts him. He decided to take revenge in the old game with ...
ComedyFreeShort

IMDb: 8.1 1999 22 min 3948 views
The Old Man and the Sea is a gorgeous paint-on-glass short film by master animator, Aleksandr Petrov. The film is an adaptation of the short ...
AdventureAnimationDramaFreeShort

IMDb: 7.9 1992 20 min 5510 views
This phantasmagorical animated short is a superb adaptation of Fyodor Dostoevsky’s short story of the same name. A man is on the verge of ...
AnimationDramaFantasyFreeShort