Thank you for your interest in Russian Film Hub!

Exploring Russian and Soviet film is a lot of fun. Тhere’s an enormous amount of superb movies and a wide array of brilliant directors. From the sublime masterpieces of Andrei Tarkovsky to the hilarious slapstick comedies of Leonid Gaidai, there’s something for everyone.

Beyond its impressive quality and output, Russian and Soviet film has another amazing hallmark – it’s mostly free to watch! However, historically, it’s been difficult for non-Russians to find and watch Russian cinema. And so, if you’re a non-native Russian speaker, like me, I hope that RussianFilmHub.com has made enjoying Russian and Soviet movies as easy as possible.

Russian Film Hub is the most accessible and extensive Russian and Soviet film site in the world outside the former Soviet Union. The site catalogues and categorizes hundreds of the best Russian movies, providing access to subtitles in English and many other languages. 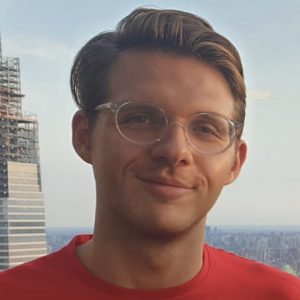 I’m Richard Wess, the creator of this site. I studied Russian in college and live in Brooklyn, NY.

I created Russian Film Hub because I love Russian and Soviet film and wanted to improve the way others enjoy this important part of world cinema.

I’d love to hear from you and connect. Feel free to message me through the Russian Film Hub contact page.