IMDb: 6.6 1973 100 min 2869 views
Based on the famous novel of a novel by Thomas Mayne Reid.
AdventureFreeRomanceWestern

IMDb: 7.8 1926 80 min 2205 views
A five-person team of gold prospectors in the Yukon has just begun to enjoy great success when one of the members snaps, and suddenly kills two ...
DramaFreeSilentWestern 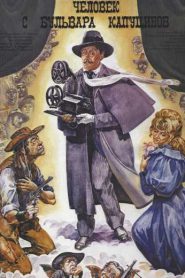 IMDb: 7.9 1970 83 min 8598 views
White Sun of the Desert is one of the very best Soviet Westerns, or “Osterns” there is. The film revolves around the adventures of a ...
ActionAdventureComedyDramaFreeWestern