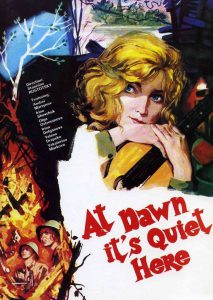 The Dawns Here Are Quiet (А зори здесь тихие / A zori zdes tikhie) is a 1972 Soviet film directed by Stanislav Rostotsky. It is based on the 1969 novel by Boris Vasilyev.

As soon as Vailyev started publishing the original novel in the journal, Yunost, it became a hit. Then, in 1971, the Moscow Taganka Theater staged a play adaptation of it. So, when director and World War Two veteran Rostotsky took it up as a film, it was sure to be a great success.

Today, Russians see The Dawns Here Are Quiet as one of their most classic war movies. And the film also enjoys a wide reach around the world. It received a nomination for the Best Foreign Language Film Category at the Academy Awards. And its 2015 remake into a TV series has done well too.

The Dawns Here Are Quiet plot

The main events of the film take place in 1942 during the Second World War. The setting is on the Soviet front with Finland in a region called Karelia.

We meet a squad of Soviet anti-aircraft gunners who are stationed at a railway junction in the rear of the Soviet-Finish front. The commander, Sergeant Major Vaskov, is a serious man who requests from his higher-ups that he is given soldiers who don’t drink or chase women. Because of this, he is assigned a group of young women soldiers.

Soon, one of the young women discovers two German paratroopers in the forest. Vaskov and his squad are then given orders to neutralize this threat. And so, Vaskov and five female volunteers go to take on the Germans.

What ensues is countless stories of individual heroism. Sadly, each of the young Soviet women dies, one by one.

Finally, Vaskov goes on a mad attack against the remaining Germans. He only has a knife, one bullet, and a deactivated grenade. Nevertheless, he beats the enemy and is able to take three soldiers hostage. 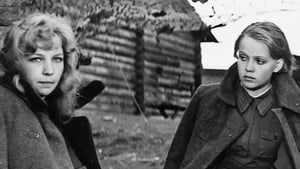