IMDb: 7.3 1929 96 min 1638 views
Fragment of an Empire is an extraordinarily impressive classic and the epitome of the Soviet propaganda film. It tells the a story of a Russian ...
DramaFreeSilent

IMDb: 7.5 1929 65 min 3053 views
The protagonist, a lazy pen-pusher, gets the sack for his bureaucratic idleness, and learns that the way back into the job market depends on ...
ComedyDramaFreeSilent

IMDb: 6.7 1968 31 min 2051 views
Bezhin Lug (Bezhin Meadow) was to be a Soviet film about a young farm boy whose father attempts to betray the government for political reasons by ...
DramaFreeSilent

IMDb: 6.6 1924 111 min 4841 views
Aelita: Queen of Mars (Аэлита) is a 1924 Soviet sci-fi film directed by Yakov Protazanov. The film is based on the eponymous novel by Alexi ...
AdventureDramaFantasyFreeScience FictionSilent

IMDb: 7.2 1929 121 min 1754 views
Also known as The Old and the New (Staroye i Novoye), The General Line illustrates Lenin’s stated imperative that the nation move from agrarian ...
DramaFreeSilent

IMDb: 7.3 1927 86 min 1862 views
Young and beautiful girl (Anna Sten), lives near Moscow, earning a living making hats for a fashion store in Moscow. Due to the requirements of ...
ComedyDramaFreeRomanceSilent

IMDb: 6.9 1924 78 min 1600 views
As she works in her tedious office job, Maria Ivanovna dreams about being married, and she has particular hopes that her co-worker Nikodim ...
ComedyFreeRomanceSilent

IMDb: 7.1 1928 127 min 1850 views
In 1918 a young and simple Mongol herdsman and trapper is cheated out of a valuable fox fur by a European capitalist fur trader. Ostracized from ...
DramaFreeSilent

IMDb: 7.4 1929 120 min 1779 views
In the early days of the industrial revolution, a young shop worker falls in love with a soldier before he goes off to war.
DramaFreeHistorySilentWar

IMDb: 6.9 1929 71 min 1651 views
A travelling circus troupe during the Civil War. A kommissar tries to transfer the wagon into an agit-prop van. The Whites conquer the town. The ...
DramaFreeSilent

IMDb: 6.0 1915 18 min 1617 views
To thwart the underhand practises of his young and seductive wife, an old man found an invaluable book, ‘One Thousand and One Feminine ...
ComedyFreeSilent 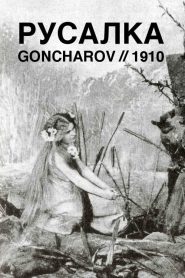 IMDb: 7.4 1928 94 min 2861 views
October is Sergei M. Eisenstein’s docu-drama about the 1917 October Revolution in Russia. Made ten years after the events and edited in ...
DocumentaryDramaFreeSilent

IMDb: 7.5 1926 89 min 2558 views
Mother is an early revolutionary cinema classic by famed director, Vsevolod Pudovkin. The film tells the story of a family split apart by a ...
DramaFreeSilent

IMDb: 7.2 1918 112 min 2415 views
The story of Prince Stepán Kasátsky discovering his fiancée was the mistress of the Czar, so he then becomes a monk.
DramaFreeHistorySilent

IMDb: 7.8 1926 80 min 2120 views
A five-person team of gold prospectors in the Yukon has just begun to enjoy great success when one of the members snaps, and suddenly kills two ...
DramaFreeSilentWestern

IMDb: 7.8 1930 55 min 2563 views
An ethnographic treasure that documents with visual bravado the harsh conditions of life in the isolated mountain village of Ushkul.
DocumentaryDramaFreeSilent