Agony is a two-part feature film about one of the most notorious personalities in Russian history, Grigory Rasputin. This beautiful and fascinating film by director, Elem Klimov, details the life and times of this mysterious figure. We witness his rise to power, how it corrupted him, and finally his gruesome assassination. All history buffs will definitely watching this movie. At the same time, it’s worth noting that Klimov, director of classic like Come and See and Welcome, or No Trespassing, ultimately felt disappointed in Agony. Perhaps part of that is due to the resistance to the film from Soviet authorities. While Klimov shot the movie 1973-1975, it was only released abroad in 1981 and in the Soviet Union in 1985. As such, Agony is far less well known that would otherwise be the case for a work by such a talented, respected director.

Largely set in 1916, Agony shows the Russian Empire in a critical situation. The weak-willed Tsar Nicholas II is on the throne and his courtiers foresee the collapse of the autocratic system. Amid this backdrop, this strange holy man, Rasputin, appears to have almost unlimited influence over the royal family. Nicholas II allows him to interfere in state affairs, while the Tsarina prays to the icon of Rasputin, as he allegedly heals her son from bouts of illness. Rasputin, meanwhile, is out in the town engaging in widespread debauchery with the noblest ladies of St. Petersburg (Petrograd at the time).

At some point, Nicholas II decides to send Rasputin out of the capital, but the wily monk manages not only to maintain the Tsar’s favor, but also to persuade him to change his strategy in the war. Eventually, Count Yusupov, whose wife’s honor suffered because of Rasputin, enters into a conspiracy with Grand Duke Dmitry Pavlovich and others to kill this out-of-control imperial favorite. However, killing Rasputin is not as easy as the conspirators think.

For those of you wondering – yes, the Rasputin in this film is the same man that Boney M are referring to in their hi 1978 song, Rasputin. One can only imagine how Klimov felt while his movie was being hidden from the public while this lively song hit the number one spot in charts across Europe. 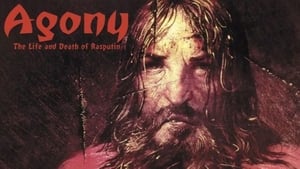