IMDb: 7.3 1929 96 min 800 views
Fragment of an Empire is an extraordinarily impressive classic and the epitome of the Soviet propaganda film. It tells the a story of a Russian ...
DramaFreeSilent

IMDb: 7.5 1929 65 min 1642 views
The protagonist, a lazy pen-pusher, gets the sack for his bureaucratic idleness, and learns that the way back into the job market depends on ...
ComedyDramaFreeSilent

IMDb: 6.6 1924 111 min 3379 views
Aelita: Queen of Mars (Аэлита) is a 1924 Soviet sci-fi film directed by Yakov Protazanov. The film is based on the eponymous novel by Alexi ...
AdventureDramaFantasyFreeScience FictionSilent

IMDb: 7.2 1929 121 min 891 views
Also known as The Old and the New (Staroye i Novoye), The General Line illustrates Lenin’s stated imperative that the nation move from agrarian ...
DramaFreeSilent

IMDb: 7.3 1927 86 min 1077 views
Young and beautiful girl (Anna Sten), lives near Moscow, earning a living making hats for a fashion store in Moscow. Due to the requirements of ...
ComedyDramaFreeRomanceSilent 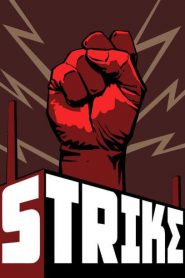 IMDb: 6.9 1924 78 min 952 views
As she works in her tedious office job, Maria Ivanovna dreams about being married, and she has particular hopes that her co-worker Nikodim ...
ComedyFreeRomanceSilent

IMDb: 7.1 1928 127 min 1061 views
In 1918 a young and simple Mongol herdsman and trapper is cheated out of a valuable fox fur by a European capitalist fur trader. Ostracized from ...
DramaFreeSilent

IMDb: 7.4 1929 120 min 1059 views
In the early days of the industrial revolution, a young shop worker falls in love with a soldier before he goes off to war.
DramaFreeHistorySilentWar

IMDb: 6.9 1929 71 min 960 views
A travelling circus troupe during the Civil War. A kommissar tries to transfer the wagon into an agit-prop van. The Whites conquer the town. The ...
DramaFreeSilent 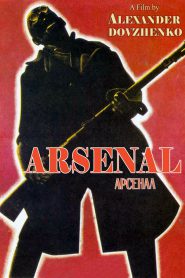 IMDb: 7.2 1929 87 min 1525 views
Set in the bleak aftermath and devastation of the World War I, a recently demobbed soldier, Timosh, returns to his hometown Kiev, after having ...
DramaWar 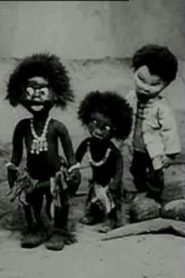 The Adventures of the Little Chinese

The Adventures of the Little Chinese

IMDb: 7.4 1928 94 min 1625 views
October is Sergei M. Eisenstein’s docu-drama about the 1917 October Revolution in Russia. Made ten years after the events and edited in ...
DocumentaryDramaFreeSilent

IMDb: 7.5 1926 89 min 1379 views
Mother is an early revolutionary cinema classic by famed director, Vsevolod Pudovkin. The film tells the story of a family split apart by a ...
DramaFreeSilent

IMDb: 7.8 1926 80 min 1181 views
A five-person team of gold prospectors in the Yukon has just begun to enjoy great success when one of the members snaps, and suddenly kills two ...
DramaFreeSilentWestern