The Island is an incredibly powerful film that wrestles with the ideas of sin and atonement. In a cold, secluded island in northern Russia, a bizarre man named Anatoly lives in a monastery. People come to visit him, believing he has special powers which can heal them. At the same time, Anatoly doesn’t know how to come to grips with his own past.

Back in WWII, Anatoly betrayed his commander and caused his death. Miraculously he himself survives and washes ashore on this island on the White Sea. A quarter of a century later, he has aged beyond recognition and now lives an untraditional life in a monastery. He works as a stoker and sleeps amid the coals of the monastery’s boiler room, alternately praying softly and singing at the top of his lungs.

The other monks are disquieted by Anatoly’s strange behavior. Still, some believe that he has the gift of foresight and is able to heal people. In fact, people come from all over the region to seek Anatoly’s healing powers. Although he is extremely rude to them, he does help guide them on the right path.

Watch this exquisite movie to reflect on the nature of forgiveness, love and humility as well as to experience some beautiful cinematography and acting. 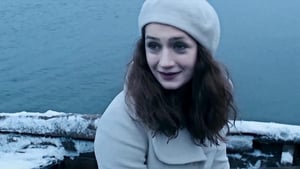