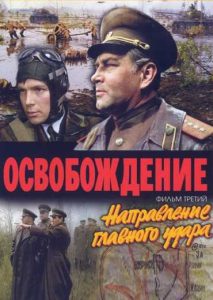 This the third episode features the “Direction of the Main Blow,” as the Soviets fight their way through Belarus.