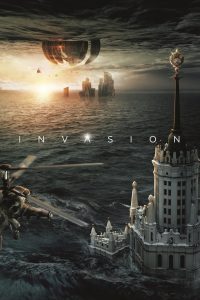 Attraction 2: Invasion (Вторжение) is the exciting sequel to the 2017 blockbuster, Attraction.

Two years have passed since an alien space ship crash landed in the outskirts of Moscow. Whereas the first film dealt with the first contact humans had with these unexpected aliens, Attraction 2: Invasion tells the story of an impending battle between earthlings and the extraterrestrial visitors.

Please note – from here on, this movie description will contain spoilers for the first film, Attraction.

Julia, a young Russian woman from Moscow finds herself at the center of this intergalactic conflict. In the previous Attraction film, she met and fell in love with an alien. While their relationship was short and tragic, through it a superhuman strength awakened in her. She developed the ability to control water – though, in truth, she doesn’t fully have mastery over this amazing power.

As her powers continue to grow, Julia finds herself in the focus of attention of both human an alien factions. She starts out trapped under the overcontrolling protection of the Russian military and her father, who is a general. However, her past experiences with the aliens and lost love will return in the most unexpected of ways. Meanwhile, the aliens will stop short of nothing to reach her, going so far as to launch an invasion of earth.

Andrey Nazimov
Head of IT