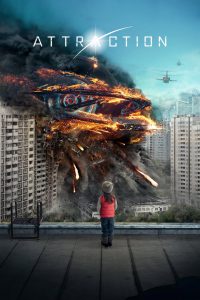 The Earth is for HumansJan. 26, 2017Russia117 Min.R
Your rating: 0
9.5 4 votes
AdventureDramaFreeRomanceScience Fiction

Attraction (Притяжение) is a Russian sci-fi blockbuster that was one of the main events of Russian cinema in 2017. In this exciting film, an alien space ship crash lands outside Moscow and a group of locals establishes contact with these alien guests.

The movie begins with several dozen Russians gathering on a rooftop to witness a rare, powerful meteor shower. However, what they see surpasses all expectations – an alien spaceship crashes before their eyes.

Unfortunately, 232 people die from the crash. After seeing her friend die, a local woman, Yulia, is thirsty for revenge, and encourages a group of local guys to teach the aliens in the destructive UFO a lesson. When they arrive at the ship, however, they do not encounter some fearsome alien murder, but rather a good-natured young man who looks an awful lot just like them.

Watch Attraction to learn how these fearless Russians’ meeting with interstellar aliens goes. It’s well worth viewing. And if you enjoy it, you’ll definitely want to watch the superb sequel, Attraction 2: Invasion. 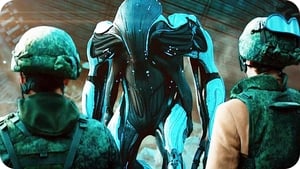