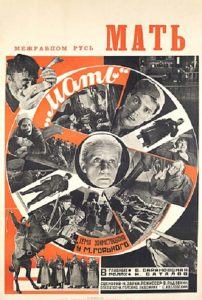 Mother is an early revolutionary cinema classic by famed director, Vsevolod Pudovkin. The film tells the story of a family split apart by a worker’s strike.

The plot of the film was borrowed by screenwriter, Nathan Zarkhi, from Maxim Gorky’s novel, Mother. However, Zarkhi tried to make the plot more psychological and politicized. While in Gorky’s original novel, the mother almost immediately joins the ranks of the underground revolutionaries, in Zarkhi’s script, the viewer sees the maternal heroine’s mental breakdown and a painful search for truth before she joins the movement. In many ways, this makes the film a much more interesting work of art than the book. While Gorky’s mother is unidimensional, conscientiously and steadily moving along the path to revolution, Zarkhi’s mother character is much more complex. We get to see that she is a complicated person living in a complicated world. In the first half of the film, we feel how important it is to her to preserve her home and family. In the second half of the film, we get to experience her rebirth as she goes through an internal turning point where she at least commits to the revolutionary cause. 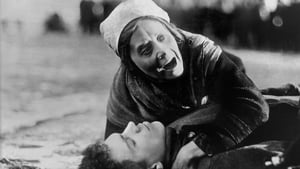