We’ll Live Till Monday is a piercing Soviet melodrama by Stanislav Rostotsky that tells the tale of three days in the life of an ordinary school.

A former graduate of the school, Natasha Gorelova, comes to work as an English teacher. She has been in love with the strict, reserved school teacher Ilya Melnikov since her own school days.

Meanwhile, passions in one 9th grade class are also boiling. Romantic and a little strange, Gena Shestopal falls in love with the class beauty, Rita Cherkasova. However, she’s already got a boyfriend, Kostya Batishchev.

In a literature class, Nadia Ogarysheva writes a rather frank essay, where she says that her dream is to become a mother and wife. The teacher scolds her for such a position, but the whole class, in particular Gena, stand up for her.

While this had been going on, Ilya Melnikov had been experiencing great stress due to the rumors floating around of Natasha Gorelova’s interest in him. He actually gets so stressed out that he resigns from his position.

However, once Melnikov gets involved in the conflict over Nadia Ogarysheva’s controversial essay, he reconsiders his decision and decides to stay teaching. 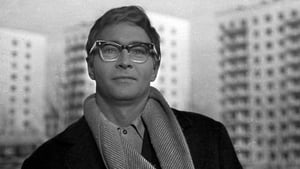