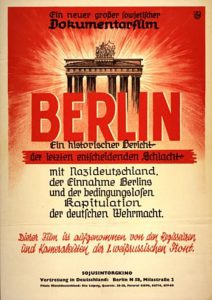 The Fall of Berlin is a 1945 documentary film directed by Yuli Raizman. It is made up of collection of Soviet footage from Red Army cameramen from the 1st Belorussian and 1st Ukrainian Fronts as well as captured German footage. As such, the film serves as a valuable and interesting historical document that chronicles the final year of WWII in Europe.

If you enjoy this film, you should also take a look at the more dramatized The Fall of Berlin (1949), directed Mikheil Chiaureli, as well as the epic five-part Liberation series that reenacts most of the war from the Soviet perspective. 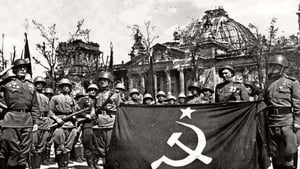