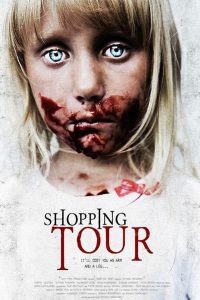 Shopping Tour (Шопинг-тур) is a chilling pseudo-documentary horror film created jointly by Russia and Finland. The movie covers a group of Russians who travel to Finland for a shopping day trip. At the center of the film’s plot is a Russian eighth-grader child who films this trip with his mother on his mobile phone. However, at a certain moment, the fun adventure turns into a bloody nightmare. Inside a Finnish superstore that has allegedly been opened specially for them, the Russian are accosted by a group of terrifying cannibals. All this crazy story, of course, gets recorded on the Russian child’s phone. As such, Shopping Tour joins other handheld camera horror classics, like The Blair Witch Project and Cloverfield, in providing a close up, frantic take on the horror genre.

If you’re looking for more chilling, spooky Russian movies, we highly recommend you check out our list of the top 10 Russian horror films.