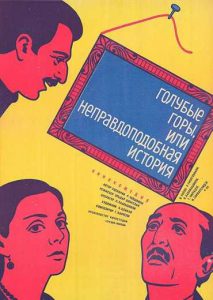 This superb piece of Georgian satire tells the story of a young author, Soso (Ramaz Giorgobiani), who tries to get his story published in spite of the inertia of the Soviet bureaucracy.

Soso brings his story to a publishing house, where it languishes for a year. The problem is the sloth-like Soviet bureaucracy. Even though everyone seems very busy, no one is in fact doing any productive work.  They’re all banqueting, learning French, playing chess, or are occupied preparing dinner. In fact, during all this time, the only person who reads Soso’s work is the building’s painter.

While all this lack of work is busily happening, the building that the publishing house occupies is falling apart. Of course, none of the employees notice this. They’re too busy doing nothing.

Eventually, the building collapses and the publishing house moves into a brand new, modern building. However, as you might expect, no one’s attitude or behavior changes.

If you haven’t guessed it already, this film is of course a bitingly sharp satire of communism. But really, there’s more to the film than just political satire. Blue Mountains stands as a magnificent work that is part of a long line of comedies that attack the ludicrousness of bureaucracy. It’s a comedy that ridicules when process trumps results, and procedures matter more than what they create.

More than just lampooning the communist regime, director Eldar Shengelaya is poking fun at core universal aspects of human nature. And so, his creation deserves to stand next to similar masterpieces of world comedy, from Samuel Beckett’s “Waiting for Godot” to the 1999 cult classic film, “Office Space.”

Now, full disclosure, compared to your classic American movie of the past half century, Blue Mountains is repetitive and slow-going. But, you must understand, the repetitive tragicomic events of the movie are not just artistic devices; they are how things were and how they continue to be.

And there’s a very good chance you’ve seen this way of being in your own life. Maybe it’s pointless meetings at work. Perhaps it’s the procrastination and willful blindness you yourself are guilty of. I hope you consider laughing your head off at the universal truths of human weaknesses that Blue Mountains throws in the spotlight. 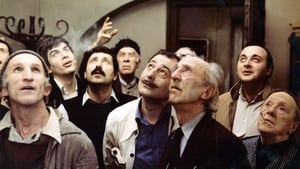