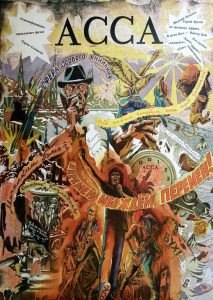 Assa (Асса) is a classic Soviet crime film from 1987 that retains a cult status in Russia to this day. The movie is credited with bringing Russian rock music into mainstream Soviet culture. What’s more, the counter culture movement the film’s music helped spawn has been said to have brought down the Soviet Union. Or at least that’s what one RBTH article claims.

When you watch Assa, you can’t help but get a strong sense of the energy in the air before the Soviet Union’s collapse. Set during the 1980s, the movie showcases a period of stagnation and frustration in the Soviet Union. You can feel a philosophical clash between the old and the new. In the case of the film, this clash takes place between a vicious mob boss and a free-spirited young rock musician.

The most iconic moment in Assa comes at the end, when Viktor Tsoi – the messiah of Russian rock – appears. Tsoi sits down for a soul-destroying job interview for a part in the band of the restaurant around which much of the movie revolves. While the restaurant manager is reading a list restrictive rules Tsoi leaves the interview and gets up on stage to perform. There he breaks out with I Want Change! (Хочу перемен!), a song that became the anthem for a younger generation demanding major political transformation.

Watch this entertaining movie for its criminal intrigue, doomed love triangle, and, of course, a exhilarating tour of the underground rock scene in the final days of the Soviet Union. 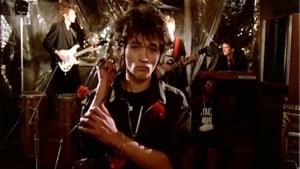