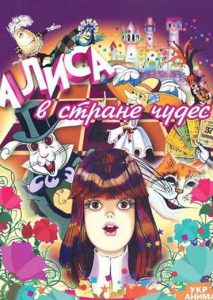 Based on Lewis Carroll’s classic novel, this Soviet adaptation presents a more surreal and dark version than most Western ones. With a slightly different plot to the book’s, Alice falls through a rabbit hole into Wonderland, where she meets the familiar cast of the Cheshire Cat, March Hare, and others.

This 1981 adaptation was created by Efrem Pruzhanskiy, who also put together the 1982 sequel, Alice Through the Looking Glass.