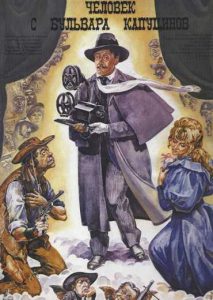 Really funny, sweet, and moving take on the American western done by a soviet female director. Mr. First comes to a small town in the wild west to introduce the population to the art of cinematography. He brings a projector and an array of silent movies, including romance and comedy. Rowdy cowboys discover a different way of life and try to improve their own existence. Amazing cast, Tabakov is especially endearing as a saloon owner torn between greed and love for the movies. Surprisingly effective fight scenes could probably challenge those of the American counterparts. Karachentsov gives it his best with some of the best fight moves I’ve seen. Mironov is great, as usual, as an idealist out to change the world and bring enlightenment to the wild wild west. Highly recommended as a comedy, romance, western, and a meditation on the role of art and mass entertainment in our society. 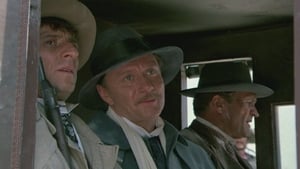