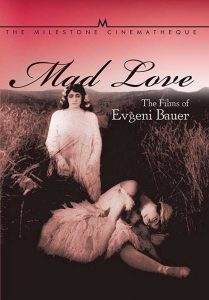 After Death (После смерти / Posle smerti) is among the earliest Russian feature films, created in 1915 by Yevgeni Bauer. It’s a silent film based on the story by celebrated author, Ivan Turgenev, Klara Milich.

Why you should watch After Death

Only with the fall of the Soviet Union have the works of Yevgeni Bauer made it to Western eyes. So, even though it’s more than likely you wouldn’t have heard of Bauer’s works, they’re absolutely worth viewing. You don’t think the well-known socialist cinema classics like Battleship Potemkin emerged from nothing, do you? It’s pioneering filmmakers like Bauer who set the stage for later Soviet cinematic success.

Bauer is truly one of the global cinematic greats of the 1910s. His framing and mise-en-scene are impressive and beautiful. He also worked with brilliant actors, like one of his main collaborators, Vera Karalli, who allegedly was part of the plot to assassinate Rasputin.

After Death was released just after Christmas 1915. It’s a gothic melodrama that records an era that in a few short years would come to an end with the Russian Revolution. To watch it is to spend 46 minutes transported back in time.

Andrei Bagrov (Vitold Polonsky) is a young scientist who is a “virgin in body and soul” («девственник телом и душой»). One day his friend, Tsenin (Georg Asagaroff), convinces him to come to a high society social event. There, Andrei meets the actress Zoya Kadmina (Vera Karalli).

Andrei and Zoya fall in love with each other at first sight. However, Andrei runs away from her, embarrassed by her questions.

The next time Andrei and Zoya meet, she invites him on a date in the park. Andrei goes, but the meeting leaves both parties unfulfilled and confused. A few months later, he finds out that Zoya has committed suicide. Worse yet, her suicide note writes that her unrequited love for him had pushed her over the edge.

Distraught, Andrei travels to Zoya’s hometown of Kazan and meets with her family. Zoya’s sister gives Andrei his would-be lover’s old diary and a photo of her. But Andrei only grows more agitated. Zoya constantly appears in dreams and hallucinations he has. Such visions quickly take the life out of Andrei until one day he himself dies to join Zoya in the afterlife. 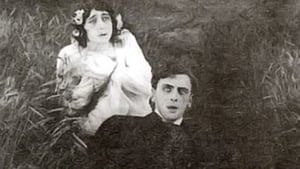