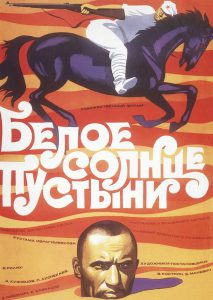 White Sun of the Desert is one of the very best Soviet Westerns, or “Osterns” there is. The film revolves around the adventures of a Red Army soldier in Central Asia in the aftermath of the Russian Civil War.

The setting is the early 1920s. Though the Civil War is over and won, outlaw gangs still operate on the eastern shores of the Caspian Sea. During this time, the Red Army soldier, Sukhov, returns home through this desert territory back to his wife in Samara.

On his way, Sukhov frees a local, Said, who has been buried up to his neck in sand. After that, Sukhov meets a detachment under commander Rakhimov which is chasing the local bandit, Abdullah. Rakhimov persuades Sukhov to guard Abdullah’s harem of wives while he goes off in pursuit of Abdullah. Sukhov agrees and leads Abdullah’s harem to a nearby sea town. However, as luck would have it, Abdullah and his men come meet them there. 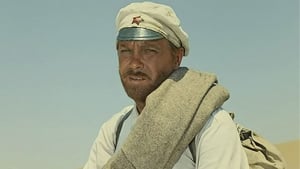