IMDb: 6.7 1971 75 min 1998 views
A Necklace for My Beloved (Samkauli satrposatvis) is a 1971 lyrical comedy by legendary Georgian director, Tengiz Abuladze. It is based on the ...
DramaFreeRomance 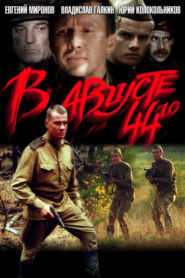 IMDb: 7.6 2001 109 min 4620 views
The movie is set in Belarus, where a team of counter-intelligence officers is given only three days to find a German radio operator posing as a ...
DramaFreeWar

IMDb: 8.0 1967 77 min 3677 views
The Plea is the first movie in Tengiz Abuladze’s trilogy that includes The Wishing Tree and Repentance. The film is a romantic drama based ...
DramaFree