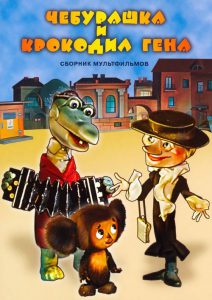 Cheburashka is an iconic Soviet cartoon that remains wildly popular in Russia to this day. The series begins with the surprise arrival of Cheburashka to Moscow, hidden in a carton of oranges. He is an “animal unknown to science” and so is rejected from the zoo. However, soon enough he forms a special friendship with the Crocodile Gena. Over the course of four episodes, they experience several adventures. They build a house together, celebrate Gena’s birthday, attempt to go on a seaside trip, and, finally, enroll Cheburashka in school when it becomes clear he can’t read.

This series is full of memorable phrases and jokes which make it a valuable Russian learning resource. Each of the series’ four episodes come with English and Russian subtitles, so should be helpful and accessible for Russian language learners of all levels. 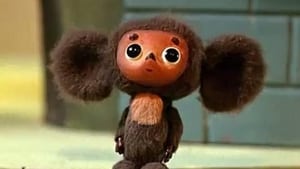