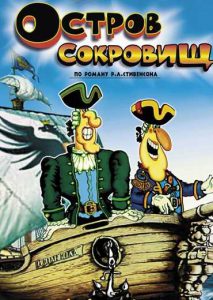 Treasure Island (Остров сокровищ / Ostrov sokrovishch) is a really interesting Soviet animated film. The film originally came out in two parts: the first, Captain Flint’s Map (1986), and the second, Captain Flint’s Treasure (1988). Here, you can see the full film in one version.

The film is actually a pretty faithful adaption of the Robert Louis Stevenson novel . What differentiates it most from other film adaptations is that it combines animation and live action. Partly because of this, the film has a cult following in the former Eastern Bloc. 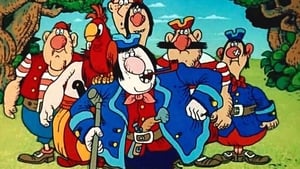