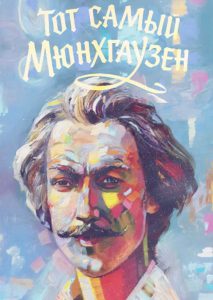 The Very Same Munchhausen (Тот самый Мюнхгаузен / Tot samyy Myunkhgauzen) is a Soviet two-part film from 1979. It is one of the many adaptations of the Baron Munchhausen series written by 18th century German author Rudolf Erich Raspe. Others include a 1998 Hollywood rendition directed by Terry Gilliam of Monty Python fame. This 1979 adaptation is the most beloved version in the former Soviet Union.

The film begins on May 30, 1779 in Hanover, Germany. Baron Munchhausen (Oleg Yankovskiy) is seen as a liar who lives in a world of pure fantasy. However, the unbelievable stories he shares somehow seem to always be true.

The baron lives in his castle with his lover, Martha (Yelena Koreneva). They have long wanted to get married, but there is one problem – Munchhausen already has a wife! Thankfully, though, the Duke soon agrees to Munchhausen’s petition for divorce.

However, a scandal emerges when Munchhausen dates his divorce documents as May 32nd. He does this because he has calculated astronomically that the calendar that year needs an extra day. This enrages seemingly everyone. The Duke’s court is so irate that it refuses to approve the divorce.

Caving under pressure from the court, as well as the public and Martha, Munchhausen renounces all his fantastical stories. Following that, he burns all his manuscripts, and shoots himself. Or at least that’s what everyone believes.

Three years have passed since the official death of Munchhausen. During this time, he has become a celebrity proclaimed as a “great man, misunderstood by his contemporaries.”

However, he is still alive, working under the name “Muller” at a flower shop with his lover, now wife, Martha. Despite achieving his romantic goal, Munchhausen is miserable. He has transformed into a sullen cynic that Martha can no longer bear to be with. So, Martha leaves him.

To try to get back his love, Munchhausen brings himself – i.e. not Muller – back. However, at first he’s not able to convince the townsfolk that it’s really him. A farcical court of law convenes to verify Munchhausen’s identity. And one by one, his relatives and friends refuse to acknowledge his identity.

As a final trial, the court orders Munchhausen to repeat his famous flight to the moon on a cannonball to prove his identity. Then, after a mix-up with the cannon’s gunpowder, the townsfolk accept the baron and celebrate his return. Upon his acceptance back, Munchhausen delivers a final monologue attacking everyone’s self-seriousness. Read it as a satirical portrayal of Soviet society, if you will. 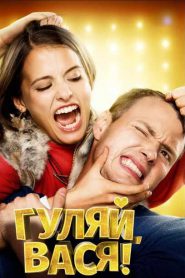 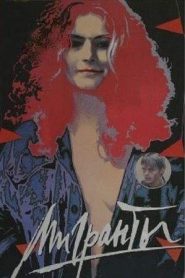