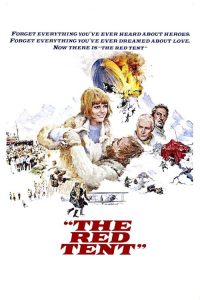 Forget everything you've ever heard about heroes. Now there is "The Red Tent."Dec. 23, 1969Italy158 Min.G
Your rating: 0
8.9 11 votes
ActionAdventureDramaFree

The Red Tent is a joint Soviet-Italian film directed by Mikhail Kalatozov and featuring Sean Connery and Peter Finch. As such, it’s a unique film that’s a real treat to watch!

In 1928, the Italia airship sets off to explore the inaccessible expanses of the Arctic. However, disaster strikes and the ship crashes into an icy, isolated prison. Forty years on and the Italian commander of the airship is torn apart by a guilty conscience.