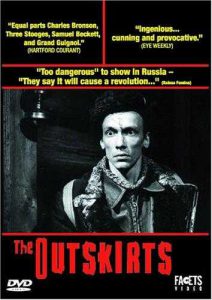 Set on the Russian steppes and filmed in black-and-white, it is the story of a group of peasants seeking revenge against the oil company that bought the collective farm from beneath their feet and the return of their land. During the entire film, it does not stop snowing once. As the peasants make their way across the frozen tundra toward the city that houses oil company headquarters, they take vengeance against a series of former Communist bureaucrats who connived with oil company executives. Except for the youth Kolya that they have drafted into their crusade against the protestations of his babushka-wearing mother, they are all grizzled veterans of WWII. 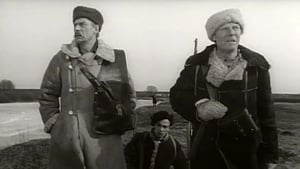