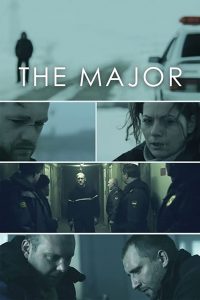 The Major is a piercing drama by acclaimed director, Yuri Bykov. It tells the story of a senior police officer, Sergei Sobolev, and the moral descent into which he pulls himself and his department.

Upon learning that his wife is in labor, Sergei Sobolev rushes full speed to the hospital. However, he’s driving dangerously and the roads are icy. Then, tragedy strikes. He runs over and kills a six-year-old boy.

To avoid prison, Sergei makes a deal with his own conscience. Instead of giving himself up, he uses all of his police powers to avoid admitting his guilt.

In 2018, Netflix premiered an American TV series adaptation of The Major. The show, Seven Seconds, closely mirrored The Major’s plot, replacing the young Russian killed with a young African American boy. Like the original, Seven Seconds proved to be a painful, powerful look at abuse of power. It’s part of Netflix’s Black Lives Matter collection and you can watch it here.