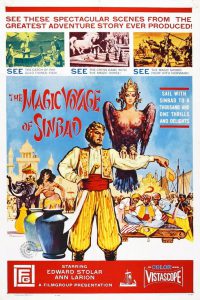 Sadko (Садко), also known as The Magic Voyage of Sinbad, is a wonderful Russian fantasy film from 1953 that received global acclaim. The film’s story is based on an opera by the great Russian composer, Nikolai Rimsky-Korsakov, which was in turn inspired by a traditional Russian folk tale. Sadko’s mesmerizing tale is brought to life here like never before by the great, family-friendly director-storyteller, Alexander Ptushko.

Sadko is a young man from the ancient Russian city of Novgorod. While bitter in his heart, he holds on close to a dream of brining happiness to the people, especially the poor and needy. According to legends of one old man, there exists a Bird of Happiness in a distant, unexplored land. However, to undertake a journey there requires a great host of ships and companions – everything that Sadko does not have. Nevertheless, he sets out on this great expedition alone.

Soon luck strikes – Sadko’s beautiful singing so mesmerizes the daughter of an underwater king that she endows him with considerable wealth and assistance. From there on out, Sadko’s journey leaps from adventure to adventure. He visits the warlike Varangians, the pious Hindus, and naturally the sea king himself. However, despite all his exciting experiences, Sadko finds that happiness remains somewhere behind him. 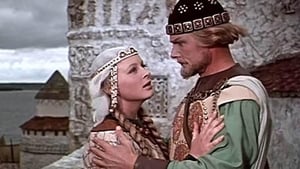