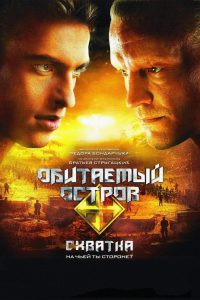 Dark Planet 2: Rebellion (Обитаемый остров. Схватка), also known as The Inhabited Island: Rebellion, is the exciting sequel to the popular Russian sci-fi movie, Dark Planet. This second part of the Dark Planet story continues the plot of the Strugatsky brother’s novel and covers how the space adventurer, Maxim Kammerer, fights for love and freedom.

Following on from the first film in the Dark Planet series, the earthman, Maxim, is stuck on the foreign planet of Saraksh, and is trying to save the inhabitants of the Country of Fathers at any cost. These locals are suffering from a “black radiation” and are being deceived by the authoritarian, unjust rule of their leaders, the Unknown Fathers.

Maxim and his companion, Guy, start out the film hiding in the southern part of the country in the City of Mutants. They try to persuade the mutants to start an uprising, joining forces with the southern barbarians. However, the mutants are too weak, so Maxim travels to the territory of the distant Island Empire in order to negotiate an alliance with them. The Island Empire is a state with a developed fleet that has repeatedly attacked the Land of the Fathers – their support will significantly strengthen the people’s army in the fight against their corrupt rulers. However, while all this organizing is happening, Maxim has a target on his head from one of the Country of Fathers’ leader, Strannik. Their showdown will decide everything. 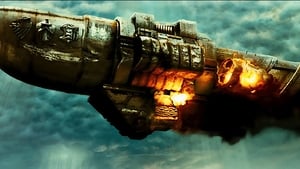