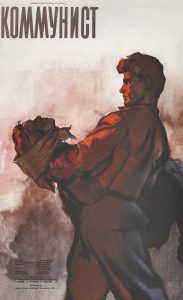 The Communist is an ideology-ridden, but also beautifully created film. Hugely popular in the Soviet Union, the movie also won its director, Yuli Raizman, an honorary diploma at the Venice Film Festival. It’s all about an ordinary, young communist, Vasili Gubanov, who is the epitome of conscientiousness. Working on one of the first big Soviet construction projects, Vasili does his job with almost superhuman ability. His life sadly is cut short, but his assiduousness to he communist cause and multifaceted, passionate character is not forgotten.