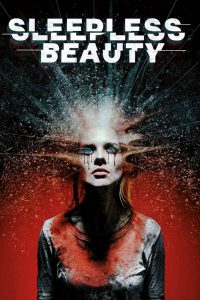 Control is only a state of mindJun. 29, 2020Russia83 Min.Not Rated
Your rating: 0
9 1 vote
FreeHorrorThriller

Sleepless Beauty (Я не сплю) is a Russian horror movie about chilling experimented conducted on a kidnapped woman. Mila is a young woman who begins to have the strange feeling that someone is following her. When she confides this in her friends, they say they don’t notice anything odd going on. Rather, they believe Mila is simply behaving overly anxious. However, soon after, Mila is abducted.

Mila wakes up in a strange room cut off from the world. There are no windows and her captors communicate with her using just a loudspeaker. They command her to fulfill various tasks in order to save her life. What follows appears to be some dark experiment performed by the cruel captors for their sadistic entertainment. Mila is forced to stay awake while wearing a set of virtual reality glasses through which she will witness terrible visions.