Russian Symphony is a parable based on the Last Judgement coming to Russia in the mid-1990s. This important film by Konstantin Lopushansky is up there with his other classics, Dead Man’s Letters and A Visitor to a Museum.

Amid a decade defined by the collapse of the Soviet Union and resulting economic catastrophe, Russian cinema during this time released a stream of gangster films depicting these tough times. In Russian Symphony, however, Lopushansky released something quite different and much more thought-provoking. Watch this film to witness a strange, incredible work, rich with phantasmagoric symbolism and Christian thought. In fact, it won the Ecumenical (Christian) Jury Prize at the Berlin Film Festival after it came out. 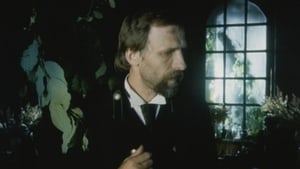