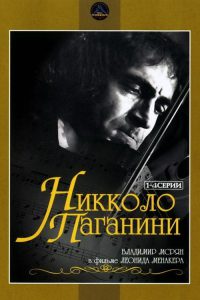 Biopic about Niccolo Paganini. He receives training from his father in early childhood. The best teachers of Parma are unable to give him more, so Paganini turns to a daily 15 hours of rigorous self-training. He makes sensational concert tours in Vienna, Paris, London and many other cities of Europe. He is always playing from memory, wearing black, and his stage appearance supports the rumors of his supernatural abilities. He is a wealthy man, but gambling and reckless spending forces him to pawn his violin. He is given a Guarneri violin by a wealthy listener to keep. He later gives this violin to the city if Genoa. The Paganini’s violin is played by Leonid Kogan in this film.