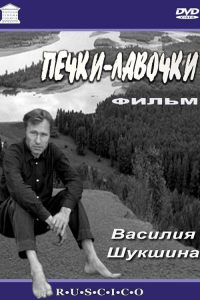 Happy-Go-Lucky is a fun, and at times sad comedy about a Siberian couple who take the longest trip of their life. Ivan Rastorguyev and his wife, Nyur, hail from a small village in the Altai mountains. Throughout their trip to Moscow and the Black Sea, they again and again demonstrate their naivete, out-of-place manners, but altogether honorable natures.

No movie better describes the nature of the provincial Russian in the 1970s. Though Russia is of course a vast country, it’s overwhelmingly urban. And yet, there’s something ineffable that rises up out of the Russian land to create a unique Russian of the countryside. He is a dignified sort who is sometimes plain ridiculous. Like, the Rastorguyevs, he might be so out of touch with the world that he thinks that trains can cross rivers without bridges. All the same, he is fundamentally decent and virtuous.