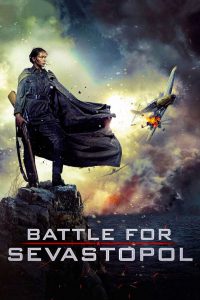 One Woman Who Changed The WorldApr. 02, 2015Russia110 Min.Not Rated
Your rating: 0
9.1 7 votes
DramaFreeRomanceWar

Battle for Sevastopol (Битва за Севастополь) is an excellent recent Russian movie about World War Two. Set during the Siege of Sevastopol over 1941-1942, the film showcases the real life legend, Lyudmila Pavlichenko, one of the most successful snipers in history.

Lyudmila Pavlichenko was a true hero of WWII. As a young university student, Lyudmila volunteered to join the Red Army soon after war with Nazi Germany broke out. During the early days of the war, she gained great fame for her impressive victories over Nazi snipers. She fought valiantly during the defense of Odessa and Sevastopol, and was eventually evacuated from the latter as it fell to the Nazi hordes.

The movie covers not just Lyudmila’s stirring soldiering exploits, but also shows her romantic life during the war. While her romance ends in tragedy, the lessons she learns from her love serve to elevate her character amid the tricky moral climate of war.

In 1942, having barely survived brutal fights in the south of the USSR, Lyudmila travelled to the US as part of a Soviet delegation to increase ties between the two wartime allies. During a tour across the US organized by Eleanor Roosevelt, President Roosevelt’s wife, Lyudmila uttered these famous words that were to make waves across the American media and public:

“I am twenty five years old. At the front I have already managed to destroy three hundred and nine fascist invaders. Don’t you think, gentlemen, that you’ve been hiding behind my back for too long?!” 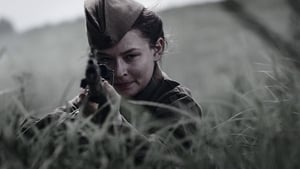