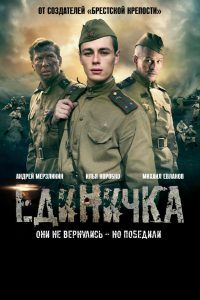 Battery Number One (Единичка) is a patriotic Russian military drama from the creators of Fortress of War, aka Brest Fortress. The film is set in Eastern Poland in August of 1944. WWII is raging and Soviet troops are leading a confident offensive. Lieutenant Yegorov receives an assignment to cover the bridge over which Soviet Army units are planning to cross. However, when Yegorov and his team approach the bridge area, they discover an abandoned monastery full of deaf orphaned children. They will have to make a difficult choice: carry out their strict orders on behalf of the Soviet offensive or save the helpless orphans they’ve just found. Watch Battery Number One to witness a story of heroism and sacrifice, fear and fearlessness, love and hatred.