I imagine you’re here because you love watching Russian movies, you don’t speak Russian fluently, and you know you can find Russian movies online. Perhaps, though, you find the process of searching for Russian movies time-consuming and frustrating.

I’m just like you. Or, rather, I was. For most of the 2010s, I’ve been learning Russian and watching Russian movies online. I loved that the internet has so many great Russian movies, but I was a little frustrated that it often took me so long to find a quality version with English subtitles. What’s more, I didn’t like searching through websites that, in my opinion, lacked credibility. Because of this, I created RussianFilmHub.com.

RussianFilmHub.com is the best way to watch Russian movies online for free with English subtitles. Russian Film Hub’s mission is to make finding, watching, and enjoying Russian movies as easy as possible.

I’d like to convince you that Russian Film Hub is your best bet for watching Russian and Soviet movies. Here’s why.

Hundreds of Russian movies online in one place

Russian Film Hub is a catalog of hundreds of Russian and Soviet movies with English subtitles that you can stream for free. Where else can you find that all in one place?

The answer is – nowhere. No other website comes close.

Reputable sites like Netflix, Hulu, Prime Video, Fandor, iTunes, and FilmDoo have much smaller collections of Russian movies. Sometimes, though, your best bet for watching a specific, recent Russian movie is through one of these sites.

Meanwhile, there is a website that also lists hundreds of Russian movies (not for free). However, it’s a pirate website that I would advise you against using – Soviet Movies Online.

I know I’m biased, but in my opinion, your first port of call should be Russian Film Hub. Then, if you find that Russian Film Hub doesn’t have or link to a specific film you’re searching for, go to a legitimate distributor like Amazon.

Explore more easily by filtering by what you like 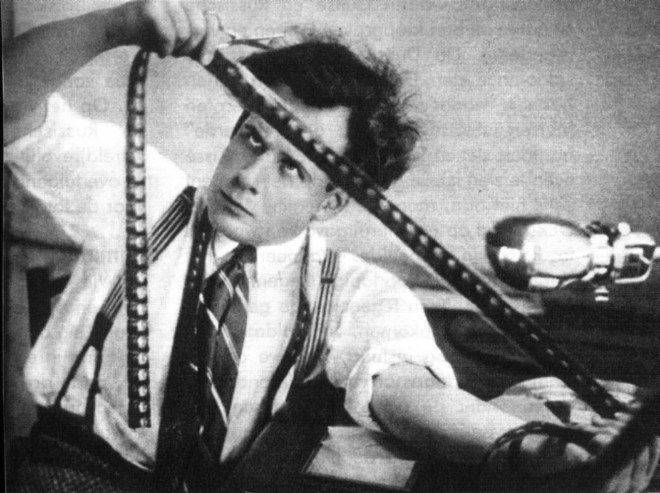 Looking for Russian films doesn’t have to be difficult!

If you’ve browsed Russian Film Hub, you’ll know that almost every movie listed comes from YouTube. I would not be offended if you wondered why there is value add in a website cataloging this free YouTube content! Let me explain.

Russian Film Hub catalogs all the best Russian movies with English subtitles from film studios like СТВ, Lenfilm, Star Media, Mosfilm, Gorky Film Studio, Soyuzmultfilm, Central Partnership, and more. The filtering you can do by category like genre, decade, and director on Russian Film Hub is simply not possible on these YouTube channels.

What’s more, with Russian Film Hub you can browse Russian movies from all these different film studios in one place. That’s much easier than searching through YouTube channel by YouTube channel’s long lists of movies (many of which will be without English subtitles).

Look, I know that this isn’t reinventing the wheel. Nevertheless, this sort of filtering system is the type of improvement that could save you anywhere between a few minutes and several hours of searching online. And, realistically, if you don’t understand any Russian, you may never be able to find certain Russian and Soviet movies.

All these movies have English subtitles

It’s a poorly kept secret that the Russian social networks, vk.com and ok.ru, doubly operate as stealthy streaming services. You can really find anything on those sites.

Of course, though, these are Russian social networks, built for and used by Russian people. Hence, the movies on these sites rarely if ever have English subtitles. Because of this, they’re not altogether too helpful for non-Russian speakers.

On YouTube, there’s a similar problem. The overwhelming number of Russian movies do not have English subtitles.

That being said, every once in a couple hundred, you’ll find a Russian movie without English subtitles. An example of this is the popular Russian gangster movie, Brat 2. But don’t worry! There is a workaround.

You yourself within a few minutes can add your own English subtitles to a Russian movie. All you need to do is add the subtitles yourself from websites like subtitry.ru and subs.com.ru. If you have any questions on the process, please feel free to reach out to me and ask for help.

An online hub for Russian film that will last

I hope you’ll agree with me that I’ve been transparent in this write-up. When it comes to movie streaming, that’s a rare thing.

Realistically, movie streaming sites come and go. For example, I imagine Soviet Movies Online will be shut down within a few years.

On top of that, reputable websites like Prime Video and Netflix continuously update, and consequently remove, much of their content. No doubt, you’ve been saddened to discover a film’s been taken down or you’ve come across this:

One thing I want to make abundantly clear is that Russian Film Hub is here to stay. I actively maintain the site, add new content, and keep abreast of developments in Russian cinema. Like dancing partners swapping between waltzes at a Russian ball, where you can find the best versions of Russian movies is constantly changing. However, I’ll always keep up to date with these changes and ensure that Russian Film Hub provides you with the easiest Russian movie-watching experience possible.