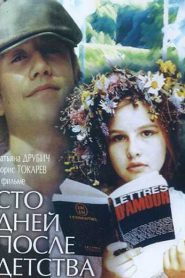 One Hundred Days After Childhood

One Hundred Days After Childhood

IMDb: 7.9 1975 94 min 4774 views
A group of Russian teenagers spend their summer at a summer camp. Mitia falls in love and gets so occupied with his own problems that he forgets ...
DramaFreeRomance