IMDb: 7.2 1997 151 min 2625 views
Dunno on the Moon is a fun sci-fi fairy tale about half-adults, half-children who do whatever it is they love. The film is based on the novel by ...
AdventureAnimationComedyFree

IMDb: 7.4 1966 66 min 1970 views
Young patriotic young man ends up in the on Chukotka right after the civil war, where he intends to spread ideas of justice and equality among ...
AdventureComedyDramaFree

IMDb: 7.8 1970 91 min 3221 views
A film-in-film story set in a provincial town in Russia. Pasha is an amateur actress who plays a witch at a local club, but her dream is to play ...
ComedyDramaFreeRomance 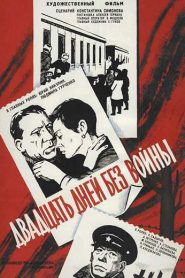 IMDb: 7.9 1982 141 min 4083 views
Platon Ryabinin, a pianist, is traveling by train to a distant town of Griboedov to visit his father. He gets off to have lunch during a twenty ...
ComedyDramaFreeRomance 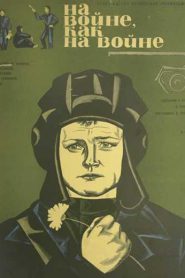 IMDb: 8.0 1969 90 min 3864 views
To the young lieutenant Maleshkin the war is a minor obstacle, if compared to his personal battle to command his subordinates, while conducting ...
DramaFreeWar

IMDb: 8.1 1979 275 min 7463 views
The evolution of a nation during six decades of turbulent history is dramatized via two families from opposing classes.
DramaFreeHistoryWar

IMDb: 8.2 1966 183 min 17347 views
Andrei Rublev (Андрей Рублёв) is Andrei Tarkovsky‘s second feature film. It is based on the life and times of 15th-century icon painter, ...
DramaFreeHistory