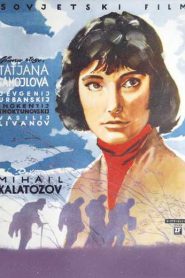 IMDb: 7.9 1960 97 min 5906 views
Four geologists are searching for a diamond mine in the wilderness of Siberia. After locating the mine, they set out to deliver their findings to ...
AdventureDramaFreeRomance